Thank you for your support

Corporations have their own global private court system – called ISDS – which they use to bully governments. But many victims of corporate human rights abuses don’t have any way of winning justice.

We need to end these corporate courts now

Instead, we need a tough global system that can punish multinationals for their crimes.

Now the petition has closed and 847,000 people from across the continent have rejected ISDS and demanded a better alternative that will hold corporations to account.

ISDS – short for ‘Investor-State-Dispute-Settlement’ is an obscure parallel justice system only accessible to the super-rich.

Multinational companies have used this system to threaten governments that dare to stand up to them with claims of up to billions of euros.

Government policies that have been challenged using ISDS include:

And they don’t always have to win a case to get their way. For many countries, the mere threat of a huge claim can be enough to persuade them to back down and let the corporate fatcats win.

When millions of people across Europe rejected the EU-US trade agreement TTIP, many people learned about ISDS (which was part of the deal) and were very angry.

Now there are plans to scale-up ISDS by creating a permanent global court where corporations can sue states. The EU and member state governments want to do this by inserting it into new trade agreements. Their support for such an unfair toxic system must be challenged.

In order to stop ISDS we need to oppose these new deals and get rid of existing ones. Corporations and the super-rich do not need a separate system to protect their rights.

Want to know more about ISDS?

They destroy the planet. They ruin lives. They can even get away with murder.

But instead of punishment, they get more power and impunity. Over the past decades, the extent of corporate power has become overwhelming.

If you were to steal so much as a loaf of bread, you could be held accountable in a court of law. But corporations hide behind complicated and opaque ownership structures to avoid legal responsibility. This means that they regularly get away with perpetrating serious human rights and environmental abuses including:

This is why campaigners and social movements from across the world have united to push for a global system that punishes multinationals for human rights abuses.

A new system for holding corporations to account could be a real game changer in fighting the global power of corporations. It could mean:

But there is a big problem. Rich countries – like the US, and most European governments – are fighting tooth and nail to stop it. The very same governments who think that global corporations need special rights and a separate ISDS court system, don’t want to give ordinary people the right to hold multinationals to account.

This is why we need to fight hard to make sure our politicians wake up. They need to recognise: Rights are for people. What corporations need are rules.

Despite their huge power, there are signs that corporations could lose their battle to revive ISDS and avoid a global mechanism to end their impunity.

The momentum is with us. We are living through a once in a lifetime opportunity to deal a strong blow to unaccountable corporate power.

What can I do?

We are a broad alliance of over 200 trade unions, campaigning organisations and grassroots movements.

So far over 500 000 people have signed our petition in 28 European countries.

The movement is big and it is growing bigger every day.
Are you in?

The Rights for People, Rules for Corporations – Stop ISDS campaign held a week of action across Europe between 10-18 October. From stalls and stunts to protests and petitions, activists across Europe used a variety of ways to get the message across loud and clear – we reject ISDS and corporate impunity. The week kicked …

END_OF_DOCUMENT_TOKEN_TO_BE_REPLACED

Hundreds of protests break out across Europe against corporate impunity Campaigners call for end to obscure “ISDS” system used by multinationals use to bully governments Activists demand progress at UN negotiations in Geneva towards a strong Binding Treaty on transnational corporations and human rights. Golden Toilet Brush Awards for “evil corporations” launched – presentations to …

END_OF_DOCUMENT_TOKEN_TO_BE_REPLACED

Do you think corporations have too much power in society? Don’t you think it’s time we held them to account for the things they do wrong (and get away with)? Do you think it is unfair that people across the world lack access to basic justice while the multinationals have their own separate system of …

END_OF_DOCUMENT_TOKEN_TO_BE_REPLACED

So here we are again. Trying to stop the EU-Canada trade and investment deal CETA. We’ve been fighting this one for a while. CETA was first proposed back in 2009. It was later dubbed the “little sibling” of the more famous EU-US deal TTIP. It is pretty much just as bad as TTIP though as …

END_OF_DOCUMENT_TOKEN_TO_BE_REPLACED

Tomorrow MEPs have the chance to make the right choice: Waive intellectual property on the #COVID19 vaccine so we can make more and save more.
@RenewEurope @CiolosDacian @guyverhofstadt @samiraraf @MariePierreV 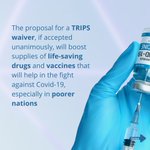 TODAY: we're in front of Germany' Ministry for Economic Affairs and Energy, calling on @peteraltmaier to leave the Energy Charter Treaty, which is responsible for billions of EURO being paid in compensation to coal companies. 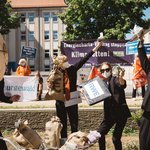 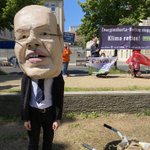 Reply on TwitterRetweet on Twitter5Like on Twitter10Twitter
We use cookies to ensure that we give you the best experience on our website. If you continue to use this site we will assume that you are happy with it.OKPrivacy policy